5 things to know about motherhood 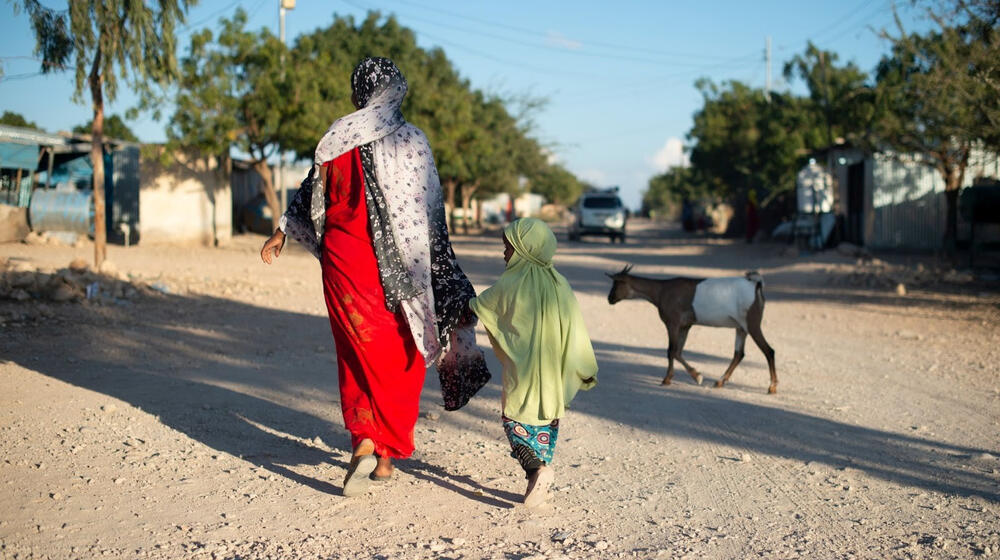 UNITED NATIONS, New York – Celebrated around the world throughout the year, Mother’s Day is exactly that: celebratory. But for some women, motherhood can be fraught. Women have become mothers below ground in wartime (Ukraine), under bridges after hurricanes (Honduras), in flooding hospitals during monsoon season (Bangladesh) and among post-earthquake wreckage (Haiti).

They have become mothers not by choice, but…:

…against their will as a result of rape – by a partner or stranger – or where sexual violence is used as a weapon of conflict.

…because it is expected of them by their cultures and families, even if they are not physically or emotionally ready for pregnancy.

…without knowing how conception works due to a lack of comprehensive sexual education. And when they do know, they have become mothers because of a lack of access to adequate family planning services.

Parenthood comes with sacrifices, no doubt. Even before mothers left the workforce in droves during COVID-19 to care for children attending school remotely, they were already shouldering much of the burden for child-rearing, housework, emotional labour and caring for ageing parents. They may have had to forego higher degrees, promotions or relocations. If they return to work after raising children, they may have outdated skills and face the “motherhood pay gap.” With long retirements due to longevity, their “choices” may leave them in precarious financial situations.

Below, five things to know about motherhood.

It’s not surprising that everything is harder in humanitarian or fragile contexts. In regards to fertility, women must contend with everything from becoming pregnant when they might not want to – because of limited access to family planning services and contraception or because of the increased risk of gender-based violence in these settings – to challenging pregnancies and childbirth due to a lack of antenatal and postnatal care and obstetric care. According to a UNFPA report, more than 500 women and girls die in emergency situations every day from complications due to pregnancy and childbirth. In conflict-roiled Yemen, a woman dies in childbirth every two hours. Approximately 120,000 pregnant and lactating women in Tigray, Ethiopia are malnourished. About 4.8 million unintended pregnancies will occur in Afghanistan by 2025 as a result of health system disruptions and gender inequality.

According to the 2017 Fragile States Index, 15 countries were considered to be “very high alert” or “high alert” (from highest to lowest: South Sudan, Somalia, Central African Republic, Yemen, Syrian Arab Republic, Sudan, the Democratic Republic of the Congo, Chad, Afghanistan, Iraq, Haiti, Guinea, Nigeria, Zimbabwe and Ethiopia), and these 15 countries – the majority considered humanitarian and fragile contexts – had maternal mortality ratios as high as 1,150 (South Sudan). For countries, the target is no more than 140 deaths per 100,000 live births by 2030.

As the report states, “Emergent humanitarian settings and situations of conflict, post-conflict and disaster significantly hinder progress… In crisis and disaster settings, the breakdown of health systems can cause a dramatic rise in deaths due to complications that would be easily treatable under stable conditions.”

Another non-shocker: women do more unpaid work than men.

A 2019 report from the International Labour Organization (ILO) puts it bluntly: “Across the world, without exception, women carry out… more than 75 per cent of the total hours [of unpaid care work] provided. Women dedicate on average 3.2 times more time than men to unpaid care work. There is no country where women and men perform an equal share of unpaid care work. As a result, women are constantly time poor, which constrains their participation in the labour market.”

Globally, in households with young children, women spend more time on unpaid care work. In 2018, mothers of children 5 years old and younger accounted for the lowest employment rates (47.6 per cent) compared with fathers (87.9 per cent), non-fathers (78.2 per cent) and non-mothers (54.4 per cent).

Under Sustainable Development Goal 5 of Gender Equality is Target 5.4 – the recognition and valuing of unpaid care and domestic work – to be achieved by 2030.

3. Women die in childbirth from many preventable causes.

Other causes merit more examination, namely maternal deaths as a result of homicide, suicide and drug overdose. In the United States, one study reported all three as leading causes of pregnancy-associated* deaths, with homicide rates higher than in other countries. In the UK and Ireland, one report concluded that improvements in care might have led to different outcomes in pregnancy-associated deaths by suicide, substance misuse and homicide. And studies in Ethiopia and Egypt found higher prevalence of suicidal behaviour among pregnant women compared to the general population.

4. Women become pregnant as a result of sexual violence.

If we did, wouldn’t we eradicate childbirth injuries like obstetric fistula?

Wouldn’t every new mother be given proper time to bond with her child and recover her health without risk of losing her job?

Wouldn’t we not assume that all women everywhere are destined to become mothers, thereby devaluing motherhood as an inevitability rather than an aspiration?

And wouldn’t we truly make motherhood a choice by giving women and girls the information, resources and support they need: Access to sexual and reproductive health services, comprehensive sexuality education, family planning services and contraception, access to higher education and economic opportunities, protection from violence and above all, gender equality that would render the world safer, healthier and more prosperous not only for them but for everyone.