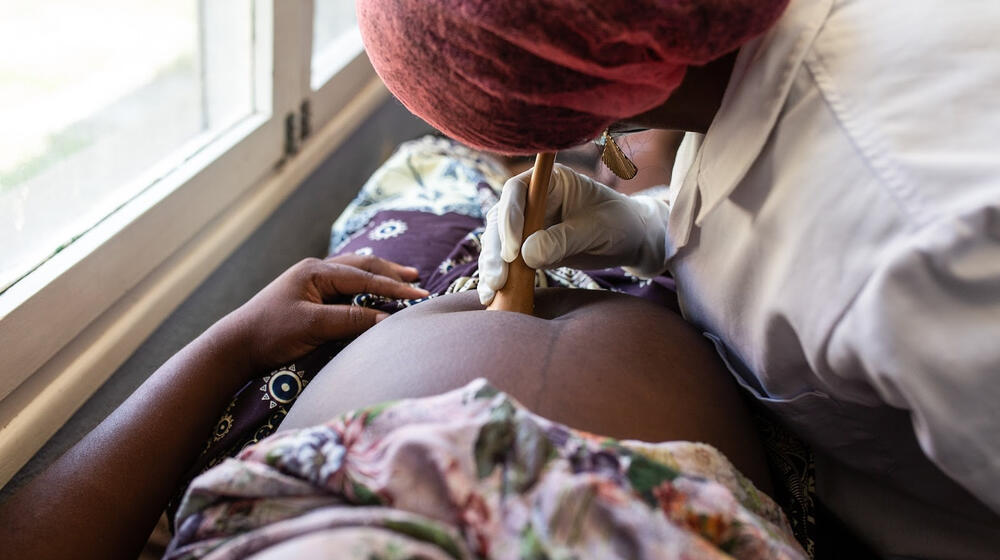 Why it happens: Prolonged, obstructed labour during childbirth. The sustained pressure of a baby’s head against the mother’s pelvis cuts off blood supply, causing tissue to die and fall away; the hole left is called a fistula. Obstetric fistula accounts for eight per cent of maternal deaths, and 90 per cent of all cases in which a fistula occurs, result in stillbirth.

Who it affects and where it happens: An estimated 500,000 women and girls in more than 55 countries throughout sub-Saharan Africa, Asia and the Pacific, the Arab States and Latin America and the Caribbean are estimated to be living with fistula, with thousands more occurring every year.

Below, five more things you should know:

1. There are different types of obstetric fistula.

While the most common type is a hole between the birth canal and bladder (called vesicovaginal fistula), other types include:

Urethrovaginal fistula: Hole between birth canal and urethra (carries urine from bladder out of the body)

Some fistulas are caused during gynaecological procedures (e.g. hysterectomy) and Caesarean sections due to substandard health care and inadequate surgical skills training/competence. These are called iatrogenic fistulas. Traumatic fistulas are caused by sexual violence, especially in conflict areas; the destruction of the vagina is considered a war injury.

2. The physical, social and psychological consequences are devastating.

The lives of women with the condition are defined by lifelong physical and emotional suffering.

The condition can lead to infections, ulcerations, kidney disease, painful sores, infertility and death. The smell from constant leakage isolates women who are often shamed and stigmatized, abandoned by their friends and families and ostracized by their communities. They suffer from depression and suicidal thoughts and other mental health issues. Denied livelihood opportunities, they are driven deeper into poverty and vulnerability.

While it does not discriminate by age, young girls are particularly vulnerable because their bodies may not be ready for childbirth. Nine in ten births to girls between the ages of 15 and 19 occur in marriage or union. Worldwide, pregnancy and childbirth complications are the leading cause of death among girls between the ages of 15 and 19. It’s just one more reason UNFPA works to eradicate the harmful practice of child marriage.

4. It is rooted in poverty and gender inequality.

Obstetric fistula has all but disappeared in rich countries with quality health care systems and skilled professionals who can perform Caesarean sections. Midwives are a vital part of the solution. The International Confederation of Midwives states “ending obstetric fistula requires the full involvement of midwives at the community, national, regional and global levels.”

Apart from a lack of quality health services, poverty is a major social risk because it is associated with early marriage and malnutrition. Childbearing before the pelvis is fully developed as well as malnutrition, small stature and generally poor health conditions are contributing physiological factors to obstructed labour. However, older women who have already had babies are at risk as well.

In addition, because of gender inequality in many communities, women don’t have the autonomy or agency to decide when to start having children or where to give birth.

5. It is treatable, but perhaps even more important, it is largely preventable.

Up to 95 per cent of fistulas can be closed with surgery. A surgical repair costs $600, well beyond the reach of most women with fistula – if they’re even aware of the exact medical condition they have and that treatment exists. Through its assistance to countries and the Campaign to End Fistula UNFPA has supported more than 121,000 life-changing repairs since 2003 and trained thousands of health workers to prevent and treat fistula.

But before ever reaching the treatment stage, focus should be on prevention. Such measures include access to family planning, skilled birth attendants and emergency obstetric care. Addressing societal factors that contribute to fistula – child marriage/early union and pregnancy, girls’ education, poverty and women’s lack of empowerment – is also part of the Campaign to End Fistula strategy.

To have one’s life compromised for bringing forth new life is a devastating fate. But with awareness and will, the goal of eradicating the condition by 2030 is achievable.