In Mozambique, an obstetric fistula survivor's journey from "I was nothing" to "I am capable of everything" 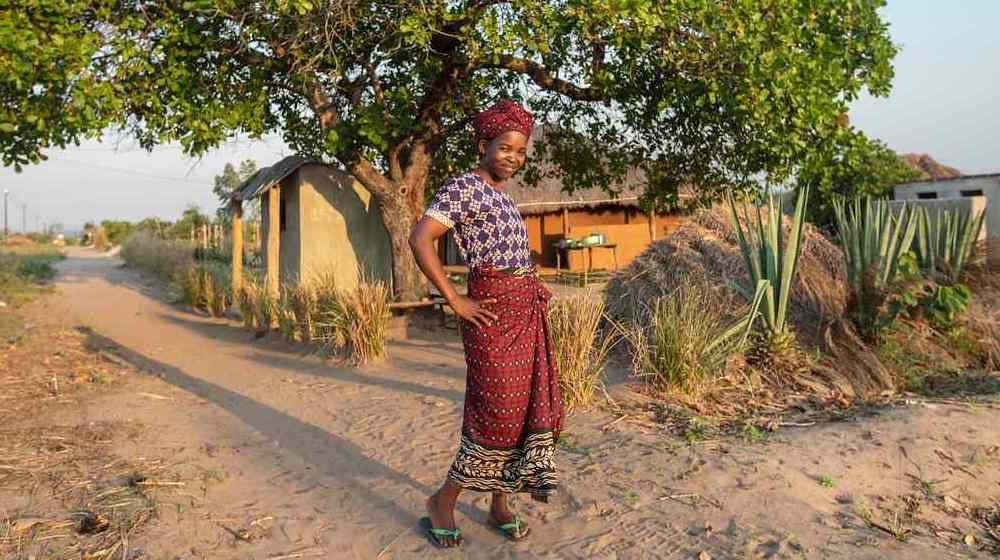 MOCUBA, ZAMBEZIA PROVINCE, Mozambique – Beatriz Sebastião suffered in silence. She had no friends in the neighborhood or at school. When she went to church, she sat alone. When she went to the river, other women mocked her before leaving to bathe elsewhere.

She had become pregnant at 15 and because she lived far from the hospital, planned to give birth at home. After three days of labour, her parents had to raise money to rent a motorcycle to take her to the hospital, where she delivered a stillborn child. She developed an obstetric fistula, and when she became pregnant again, that child, too, was stillborn. But the fistula caused urine to leak, and the resulting smell isolated her from nearly everyone for the next six years.

Obstetric fistula is a hole between the birth canal and bladder or rectum, which can cause incontinence, leading to social ostracization and attendant psychological issues like depression. The treatable and largely preventable condition is the result of prolonged, obstructed labour with no access to skilled care, often resulting in stillbirth. Girls whose bodies are too young to deliver a baby are particularly vulnerable.

Every year, there are an estimated 2,500 reported fistula cases in Mozambique, of the 50,000 to 100,000 cases globally. Since 2018, in partnership with the Government of Mozambique, UNFPA has supported the repair of more than 2,300 fistulas, recruited 28 fistula surgeons, expanded a real-time monitoring system of cases to 25 health facilities, and educated thousands of people about the causes and consequences of the condition.

Ms. Sebastião, now 28, had once sung gospel and six years after developing the fistula, received a fateful invitation to perform at a youth meeting. Encouraged by an uncle, she went, “but as always, I was discriminated against. I was humiliated. People talked. Because of the looks, I stayed there shrunken.” She stayed alone in a tent because no one would share space with her.

Then the youth coordinator, who also worked at a hospital, sought her out when she skipped practice, claiming illness. Finally, she admitted she had “a disease that made me pee involuntarily,” which is when she learned that what she had could be cured through surgery.

Ms. Sebastião was one of the rare fistula survivors whose family and husband did not abandon her. With their support, she had the operation and, for the first time in years, awoke without having wet the bed. “I don’t know how to express what was in my heart,” she recalled. “I had emotions I don’t know how to describe.”

She was no longer the person others fled from. She could wear skirts again, instead of covering herself with multiple layers of cloth. She started a small grocery business, something unthinkable before, and became an activist, holding chats with women in various communities to discuss fistula. She learned “to love that Beatriz from the past again,” she said. “When I had the disease, I was nothing. Now, I am capable of everything, able to fight for my well-being and raise my self-esteem.”

The contagious joy of a woman with a repaired fistula

Albertina Luis is a radio journalist and activist in Mocuba District. When her activism focused on domestic violence, she would meet women hiding behind their houses or in the cassava trees – not from abusive husbands but because they had obstetric fistulas. Ms. Luis underwent reproductive sexual health training and learned more.

Now, through regular broadcasts, she reduces shame and stigma surrounding obstetric fistula and lets women know how to prevent it, including avoiding forced, premature marriage and unintended pregnancy, and where to seek medical treatment. “Dignity means being valued,” Ms. Luis, 50, said. “The greatest wealth is health. In addition to being a right, it is power. I am freeing women who have lost their dignity for a long time.”

Dr. Armando Rafael, a fistula surgeon at Mocuba Rural Hospital, who operated on Ms. Sebastião, finds his work rewarding, knowing the suffering and marginalization patients have endured. “The contagious joy of a woman when her fistula is repaired is incomparable,” he said.

During Ms. Sebastião’s long exile, women at the river taunted her with the cruel nickname “Lake Bethesda,” a reference to the Bible's Pool of Bethesda that never ran dry. For her, the name takes on a different significance now: in Biblical lore, the pool was a place where miracles happened and people were healed.