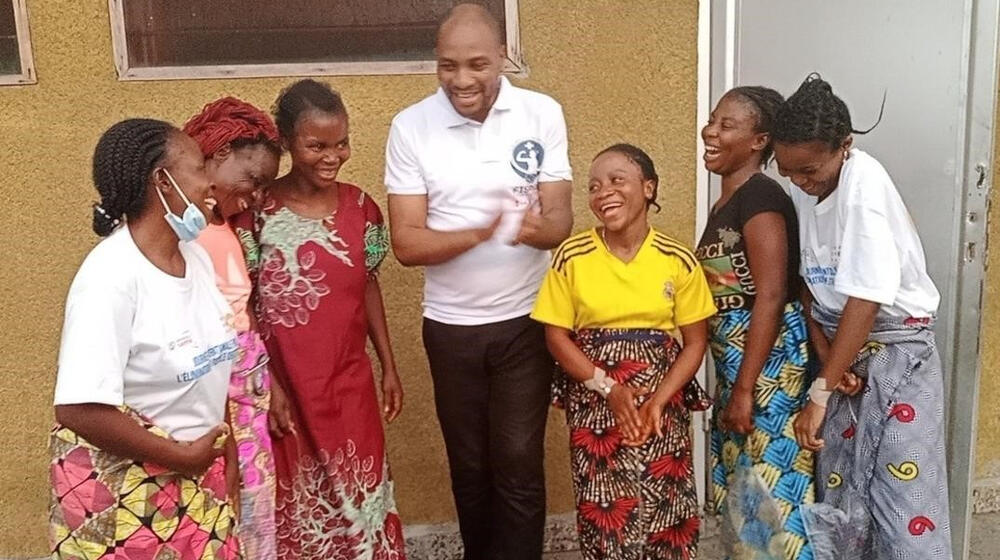 KINSHASA, Democratic Republic of the Congo/KURIGRAM DISTRICT, Bangladesh/KILIFI, Kenya – Pemba was called “ndoki,” or “witch,” by her community, including her father and siblings. Sojina felt like a prisoner in the room she was banished to, forbidden to step outside even to worship. Jamila’s career as an early childhood development teacher came to an end.

All three women had undergone prolonged, obstructed and agonizing labour. All three lost their babies. And all three developed obstetric fistula, the childbirth injury that left them leaking urine and faeces and rendered them pariahs in the only homes they knew.

Pemba, from a village in Bandundu region in the DRC, was 15 when she found herself pregnant and abandoned when her boyfriend fled to neighbouring Angola. “My baby did not survive. I cried for three days and couldn’t eat. After the delivery, I started to see permanent urine flows.” The boyfriend eventually returned and wanted to marry her, but her village and family said she was cursed. A sister living in the capital paid for her to go there to seek care, but because of the permanent odour, she was stigmatized, unwelcome to join in meals, greeted with humiliations and insults.

“My father no longer considered me his daughter. He hadn’t spoken to me for almost five years even when he was in Kinshasa,” Pemba said. “When I asked to return to the village, he refused. He demanded my sister kick me out of her house, so for the past three years, I have been living with friends.”

“Something terrible happened and changed everything”

Sojina was six - eight weeks away from her due date when she began experiencing severe pain. Married at 16, she first became pregnant at 18 and delivered a healthy baby boy. Now here she was, five years later, in days-long excruciating pain, which her husband and family members assured her would disappear with rest. But no longer able to tolerate the situation, she went to a health facility, where she was told the devastating news that she had been in labour all that time, and now the baby was dead. In a matter of days, she started leaking urine uncontrollably; the doctor told her it would stop after a few days. It didn’t.

Because of the stigma surrounding fistula survivors in Bangladesh, Sojina’s husband made her return to her father’s rural village alone, where she was isolated in a room nobody else entered.

“I was devastated. My first child was not with me. I was heartbroken by the loss of my second child. I was about to lose my husband,” she recalled. “The only things I could do were to wash my clothes and stay in that room like a prisoner.”

“I was too embarrassed to go to work”

For the past five years, Jamila had been visiting clinics for treatment. The pain and leaking worsened during her period, and she had to change her clothes constantly. “I was too embarrassed to go to work because of the stares and discrimination from my peers for smelling of urine,” she said. An enthusiastic early childhood development teacher, Jamila, 35, lost all passion for her work, as her condition took an emotional toll on her.

In Kenya, an estimated 3,000 new fistula cases are recorded every year, and only 7.5 per cent of the women are able to access medical care.

Jamila’s ray of hope came when a community health volunteer told her about a free fistula camp organized by UNFPA and partners including Amref Health Africa, Kilifi County Government, M-Pesa Foundation and Flying Doctors Society of Africa. During the one-week camp, 119 women who had been ostracized by their communities were screened, while 30 patients were admitted for fistula reconstruction surgery and other gynaecological cases, including Jamila.

“I am now hopeful that I can become a mother again and go back to pursuing my career,” she said. “I want to make up for the time lost while living with fistula.”

Seven years after developing fistula and of living with its dire consequences, Pemba was told by a community health worker about FisPro DRC, a UNFPA partner that treated her for free and also taught her the craft of basket weaving as a way to reintegrate into society as many women with the condition have virtually zero employment opportunities.

“I have seen a total change in my life,” said Pemba, now 22 and who has re-established a relationship with her father. “I hope that I will have a husband and that one day I will have children. I hope basket weaving will be an opportunity to start a job. This will allow me to be independent and have the means to return to my village.”

As for Sojina, who had nearly given up hope for a better future, a government field worker trained in fistula screening learned about her condition. He immediately contacted Kurigram District Hospital, where she was diagnosed and referred to the UNFPA-supported LAMB Hospital for a fistula repair and, like Pemba, livelihood training.

“They gave me ducks, which I am breeding and selling their eggs to earn money for my family,” said Sojina, now 25. “I am hopeful that I can rebuild a better life for myself. I returned home to my husband and child and we began our new life together.”